There are some pieces that I find extremely intriguing, and this pair fits that description.

It is well known that several ball players endorsed cigars and cigarettes even into the 1980's.  Some players loaned their name and likeness to these products, especially when it came to cigars at the beginning of the 20th century.

Stars like Honus Wagner, Ty Cobb and Cy Young all had tobacco brands with their name and likeness attached to them.

In this post I am focusing on a Frank "Home Run" Baker cigar product.  There appears to be more than one type of Frank Baker cigar box (as shown below) using the same image on the inside of the top, but with slightly different box labelling and design otherwise. 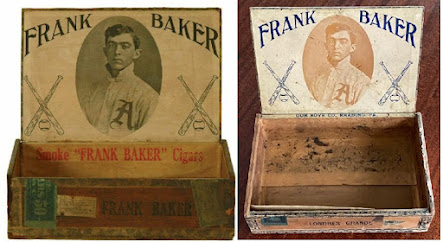 What I really love about the Frank Baker cigars is this card that doesn't appear to be from any particular set, yet uses the same image as that used on the boxes. 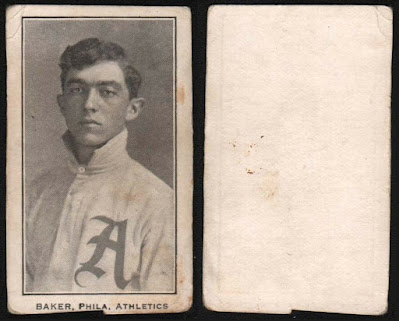 The card has Baker's name and team in the caption at the bottom and measures approximately 1 1/2" x 2 1/2".  This particular card is currently for sale on eBay here at a $2,000 Buy It Now.  The seller claims it was once part of a pair of these cards, but that one of the two was lost or destroyed leaving just this one known now.

Of course, there is no advertising or sponsor named on the card, so it is speculation that it is related to the cigars, but using the same image seems to indicate it is.

As a side note, here is a cigar box I once owned from the sixties that was sponsored by Pedro Ramos. 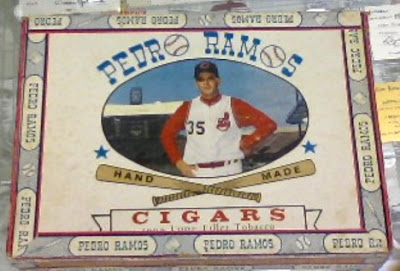 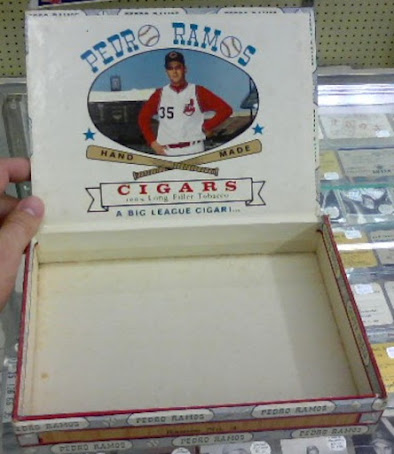 So players were still lending their names and likenesses to cigar brands into at least the sixties.  I've never seen another Pedro Ramos box by the way.  Still bummed I sold it years ago.
What are your thoughts about the Baker card being associated with the cigars?
Enjoy the hobby all...it's a great one.

Looking for something specific?