Hans in Blue shows up on eBay

Years ago I posted about the c. 1910 E-Unc Honus Wagner (Blue Caption) card.

Back then it was the first I had seen the card and I was fascinated by it.  It still remains my favorite Wagner card.  It appears the set is also known as the Blue Caption set and there are a few known examples.  The checklist is not complete as so few are known and the background of the set is a mystery. 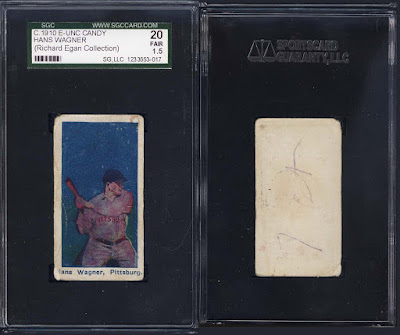 I figured I would show the SGC 10 as well as a comparison.  Note: these are the only two examples known at this time. 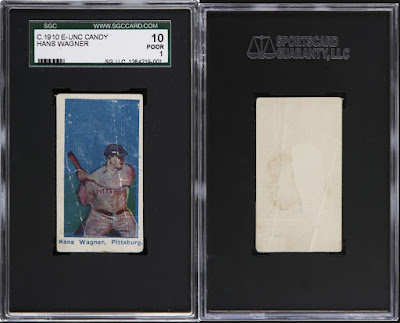 I really wish I knew more about the set so I could give you some background.  But all I have to offer are a couple more scans of cards from the set.  Here are the Bridwell and McCormick cards. 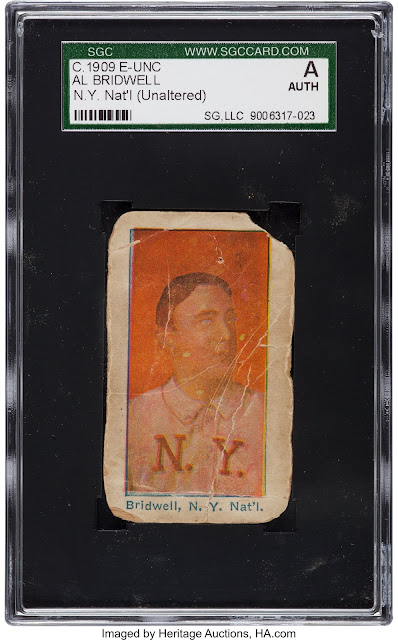 Notice the extra large borders on this Bridwell example.  It almost looks hand cut to me.  ﻿ 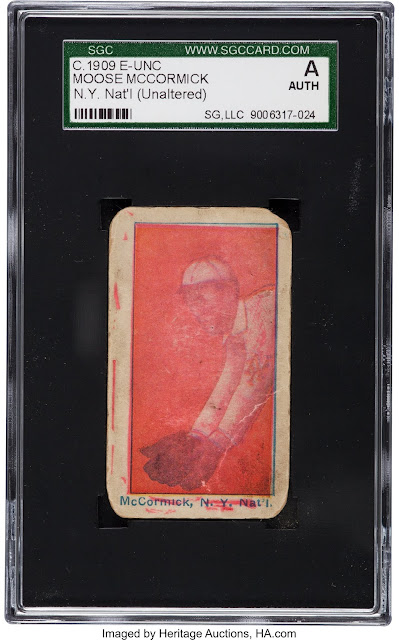 ﻿
The McCormick has a couple large borders as well and some stray red printing.  Both have terrible quality images, but the same blue font for the name and team.

If you have any scans of any other players I'd love to get them if you would share them with me.  Please let me know if you do.