Well, since I've been home so much lately, I've been buying a little more.

A while back I posted about picking up my first 1963 Pepsi Colt .45 panel.  I was able to pick up three more panels recently. 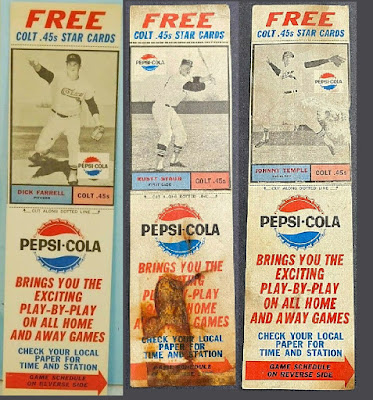 I've also picked up a bunch of 1951 Topps Red Backs recently to start that set.  What a cool set that is.  It has a total of 54 cards in it due to two variations.  I now have eighteen of them.  Here is an example.  There are also Blue Backs but they are much more difficult to complete and I am not working on them.

The cards are small at only about 2 x 2 5/8  inches.  The were originally packed with two cards attached together in pairs that were perforated.  You'll notice that this one has the little tabs of the perforations at the bottom. 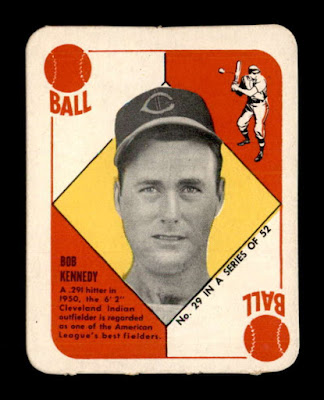 I also picked up a bunch of 1968 Topps Game cards for my second set.  I started a second set so I could actually play the game with my son.  It's a fun game to play and a fun set to put together so I figured what the heck, let's do another one.

I also picked up a few more 1969 Nabisco Team Flakes.  I really like that set a lot.  I have half the 24 card set now.  I prefer the cards to have nice big yellow borders, but I'll take what I can get.  Here is an example of what they look like. 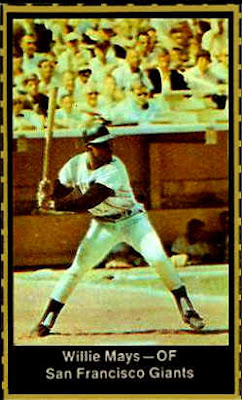 Then my favorite new pick up recently was, of course, another E98.  This one is an orange background (my first orange) of Johnny Kling. 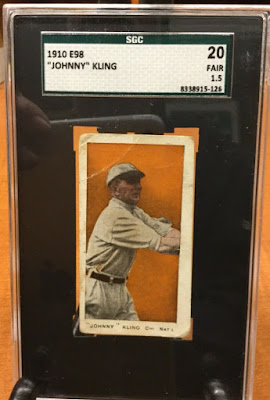 I am really getting into the E98s lately.  I've read that the commons are actually tougher to come by than the HOFers which would make sense since I have more HOFers than commons at this point.  I'm thrilled to have this orange background, I just think it looks so nice.

Well, those are some of my newest pick ups.  I hope you like them.

Geez, that Mays sure is awesome! Given how things are these days, I'm kind of surprised that an example as nice as that one is, has been able to escape being graded.